Due to state laws we are unable to ship to the following states; Florida, California, Arizona, Nevada, Oregon, or Hawaii. 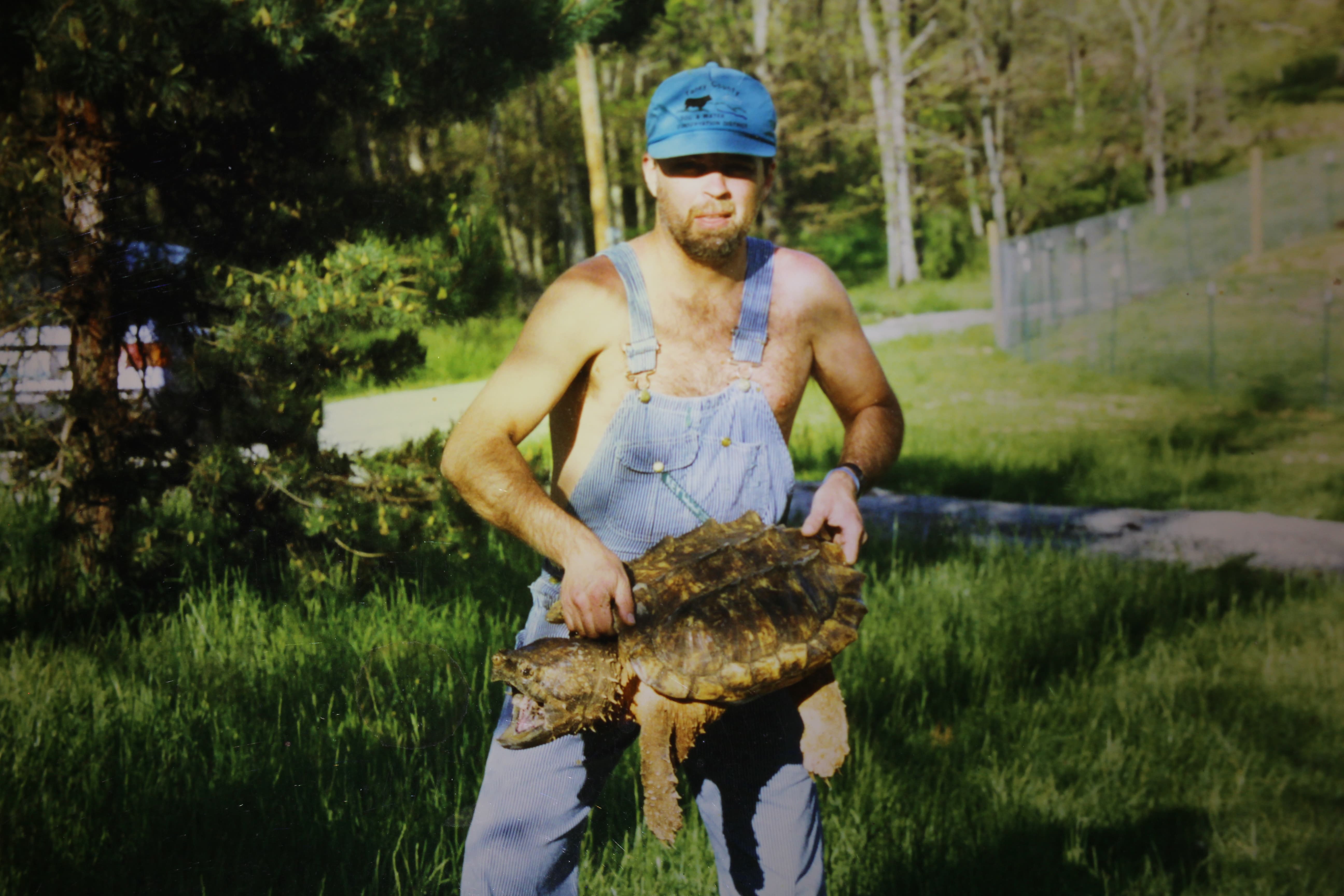 Well, if you read our Story on the previous page you know I've been a fan of this species for over 50 years. But when I discovered they were being harvested for the turtle meat trade I began to form a plan to rescue some of these turtles and relocate them to the Ozarks of southern Missouri where I now reside. I saw thousands butchered in Arkansas before we were able to get them to realize this species cannot withstand commercial pressure. After Arkansas protected them in October of 1993 that left Louisiana. Louisiana was a tougher state to garner any support to protect this species as the tradition of turtle trapping and preparing turtle to eat was deeply embedded in the culture. The alligator snapper had been significantly reduced in number when I began inquiring about who was trapping them and where I could find these people. 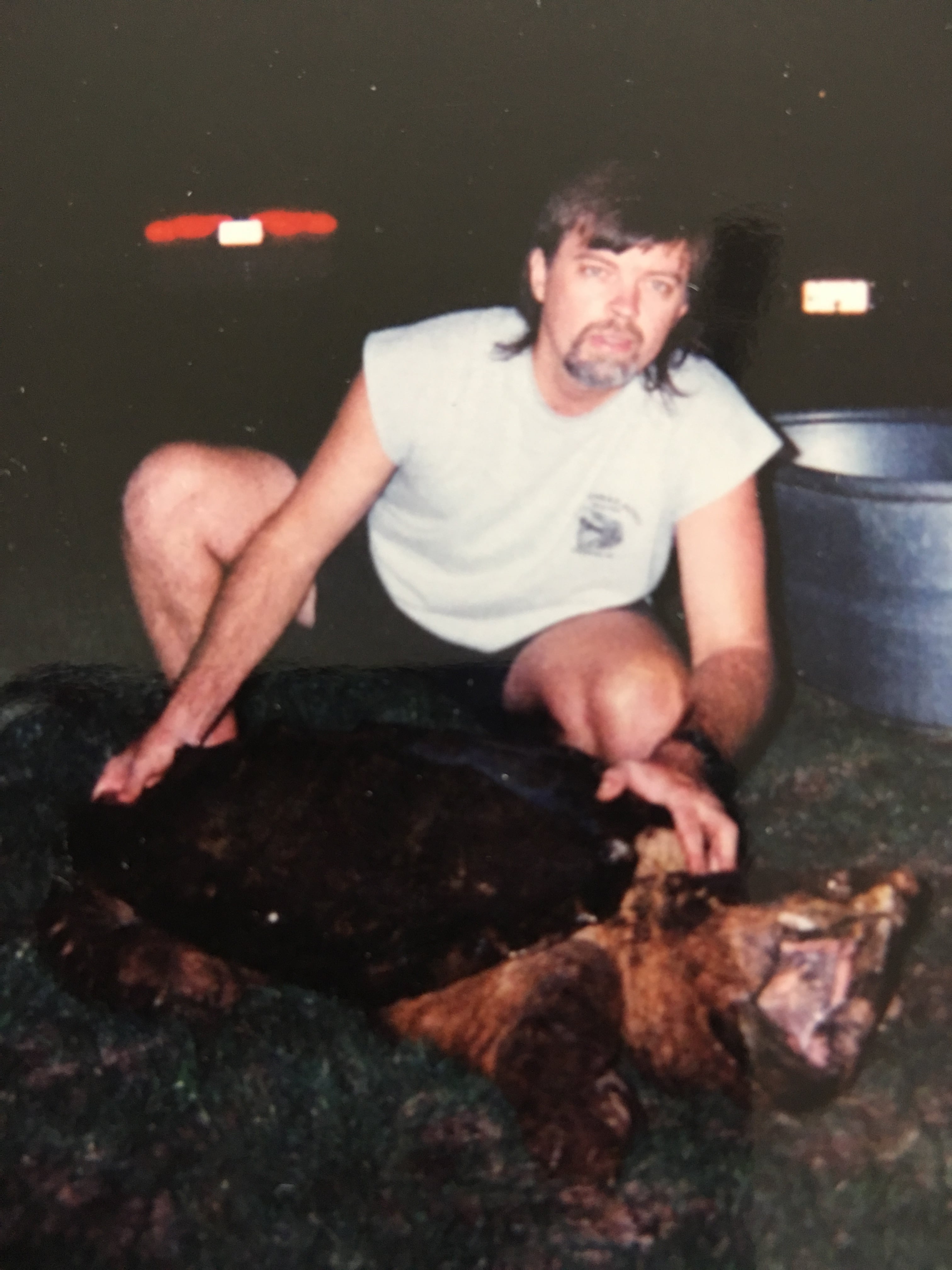 It was through a print ad in a little local news flyer called the "Thrifty Nickel" that I found the network that worked the north half of the state. Yes, a $7 ad attracted the interest of some local turtle trappers who called me and said they could indeed sell me some loggerheads. Bingo! So I get my Louisiana permits for hauling them out of the state and drive down to meet and buy some adult wild caught alligator snappers. It was 1995. I was in for quite an experience. An experience that would run to November of 2004 when they protected the alligator snapper from commercial harvest. So I began buying the adults they caught and the way the turtle trapping world works is everybody is connected one way or another. If he isn't a distant cousin he's a friend of a friend. You see where this is going. 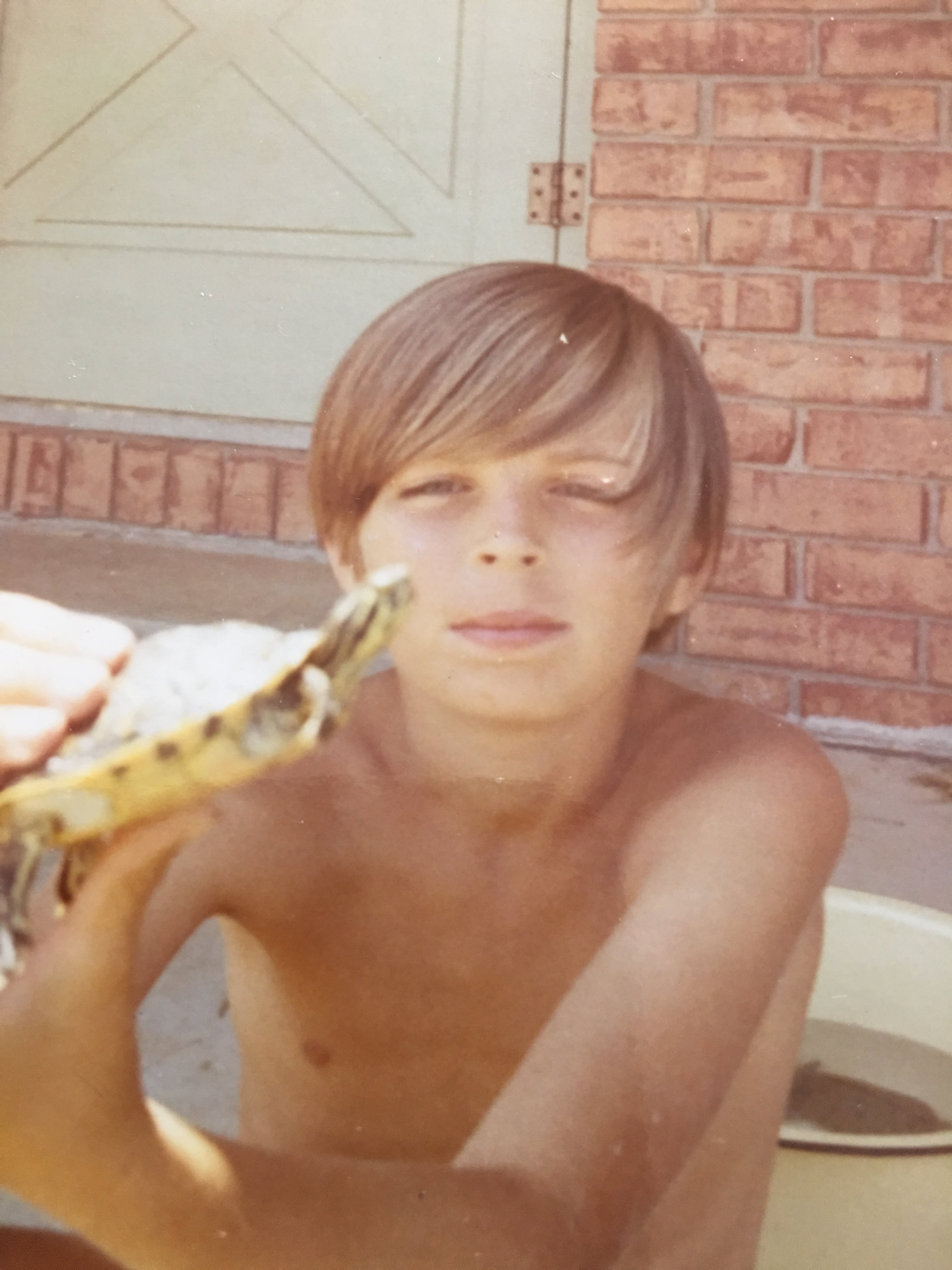 It spider webbed out to where people knew there was a Yankee named Mr. John who drove down with cash and would beat the price per pound X 2. So needless to say turtles from all over the various parishes of Louisiana would end up heading back to the Ozarks of southern Missouri with yours truly. Bear in mind I am at the time an Exec Sous Chef at a convention center hotel raising two young boys trying to pull this off. Nearly bankrupting myself along the way I managed to buy every alligator snapper that I was offered. No turtle I was offered was ever left to go to the butcher in the 9 years I hauled them out of Louisiana. People thought I had lost my mind. I put everything into it and my dear mother deserves credit for not only helping with my kids Sky and Austin, but not giving up on me and believing that we could make this thing go. 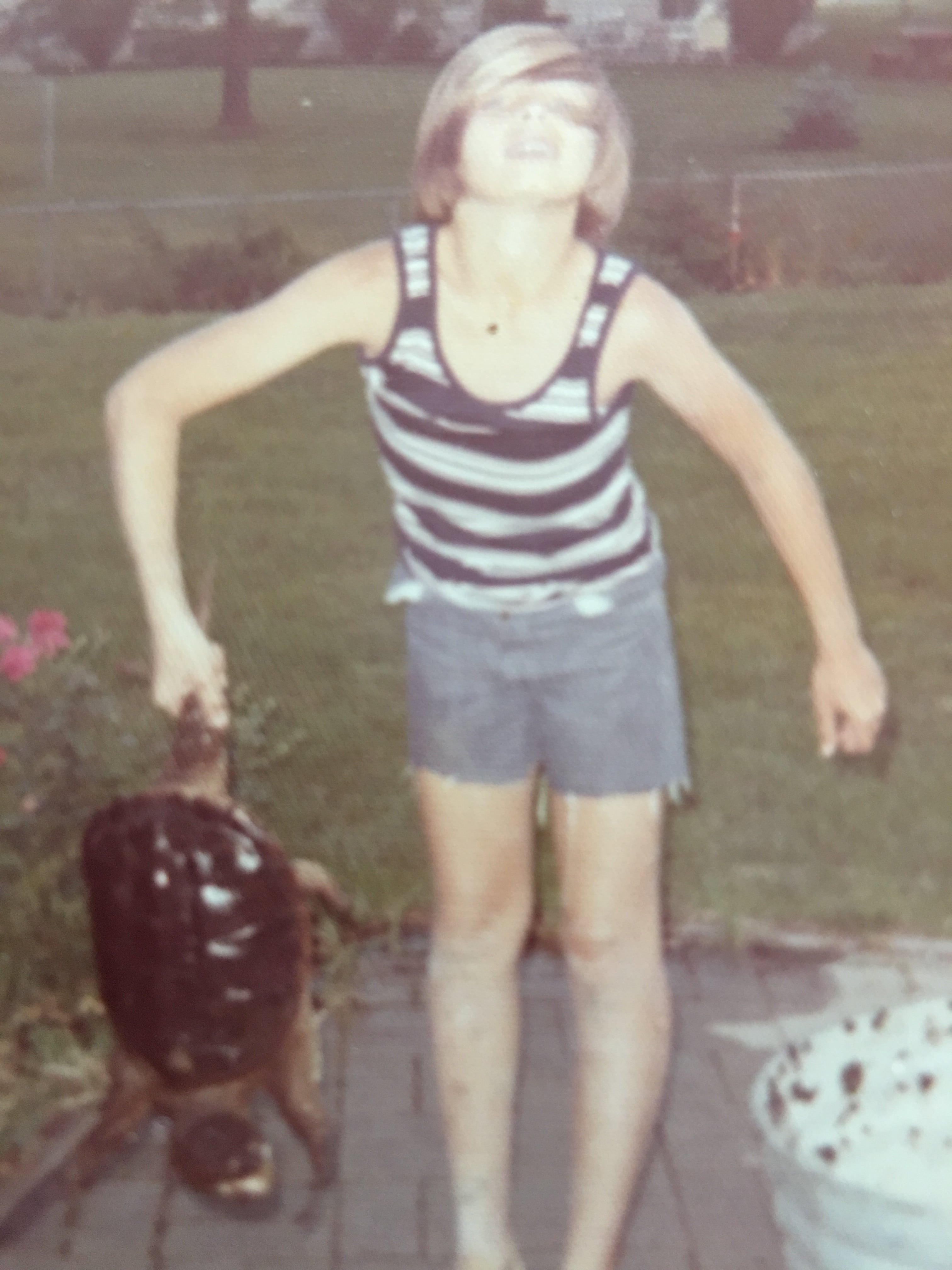 I really believed this was a special species that was so fascinating others had to see the same amazing things I saw. Right? And that all we needed to do was get the message out and surely people would respond. Right? Well I did pretty good with my first $12 print ad in Reptiles magazine in the Fall of 1995. Got a lot of calls and inquiries and enough interest that I could take a leave of absence from my chef's job and devote the necessary time to make Loggerhead Acres succeed. Thank you Executive Chef Dan Admire! Then we got a few breaks. This thing called the internet found it's way into our homes and by the late 90's most people had computers in their homes. Now all of us freaks could find each other. Lol! The rise of the internet and Google search engines really fired business up. Automated payment, Paypal, point and click. Here we are! The best part for me was the ability to take the unfortunate turtles that were trapped and be able to offer their babies for a reasonable price to people who want to observe and study this species. Saving the adult's lives was big too. I hated that they were being butchered. I couldn't save them all but I could save a little piece of what was happening. 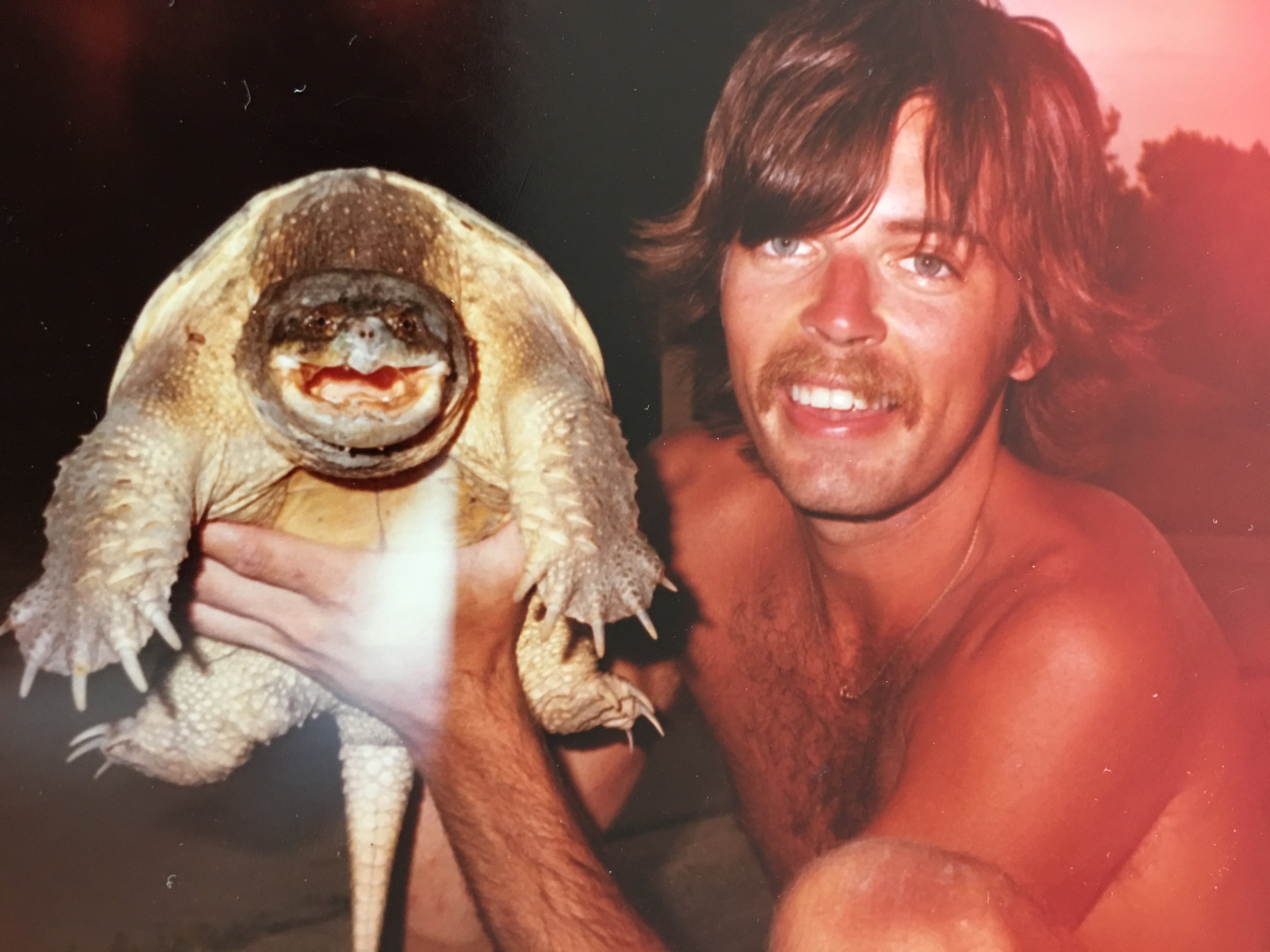 People laughed at me for thinking there was enough of a demand for alligator snapping turtles to support a family. We have sent many thousands of hatchlings into hobbyists homes to learn about and observe this species. Many large turtles went to zoos and educational exhibits around the world instead of into a soup pot. Now our breeding group lays about 5800 eggs a year. 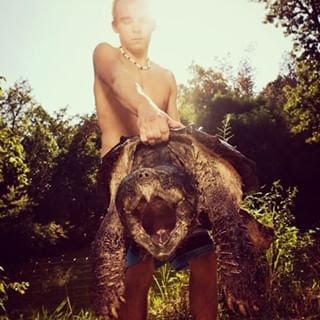 My son Sky and I have really had time to watch our adults over the years. In the Spring when the water is clearer is the best time to watch them. Especially at night. They sense your slightest move. Every vibration. I am told from reliable sources the species is coming back well in Louisiana and many other Gulf states. A very pleasant surprise to me. I hope to someday contribute to the restoration of this species. Sometimes academics and state governments are reluctant to deal with "rogues" such as myself who take matters into their own hands when state game and fish agencies are asleep at the switch. They prefer their way and I've come to accept that. 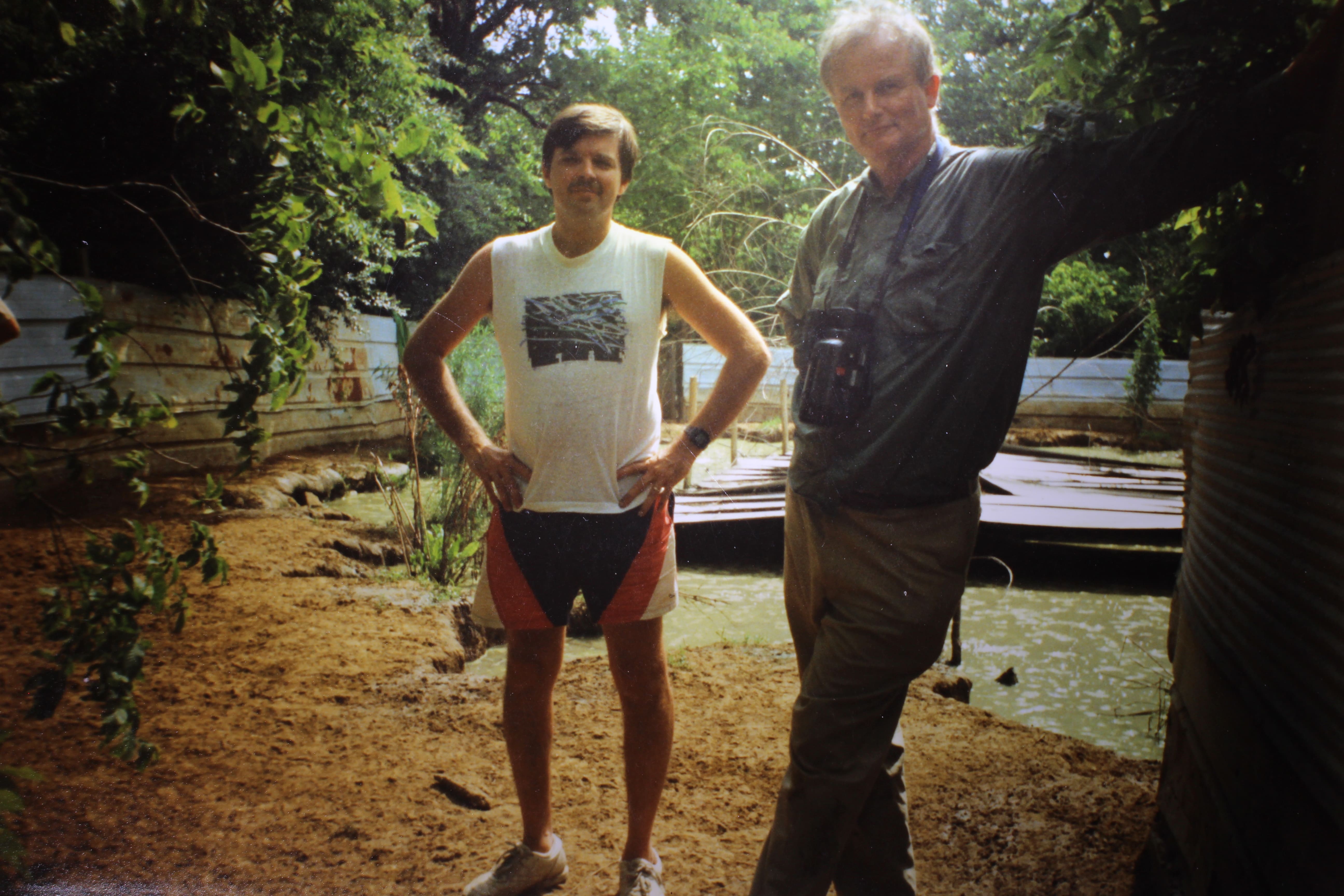 But I wouldn't change a thing about what I did. Not a damn thing! A big thanks goes out to Dr. Peter Pritchard who inspired me through his literary and field work. He had no idea what the seeds of his work would yield on a young turtle enthusiast.

Thanks for reading!
Best,
John